Todd Cooper named one of the BizBash top 1000 people in the U.S. Event Industry

Todd Cooper, Executive Producer and Partner at TOAST, named one of the BizBash top 1000 people in the U.S. Event Industry.

The team at TOAST is honored to have our very own Todd Cooper recognized as one of the Top Event professionals in the United States by BizBash – North America’s leading source of trends, news, and inspiration for event professionals.

Los Angeles, CA – November 15, 2019 –Every year, BizBash puts together a list of the top 1000 event professionals from across the United States who are redefining live experiences—from festival pros to exhibit builders, fundraising organizers, celebrity wranglers, tech gurus and everyone in between. This list is broken out into twenty-seven categories spanning the event space, everything from Audiovisual and Lighting Design to Sustainability and Social Responsibility. Todd, who is the executive producer and a partner at TOAST, was named to this list alongside other highly respected industry professionals in varied segments of the events industry. He is being recognized as one of the top “Event Designers and Producers” in the country. This category is made up of 132 individuals who are innovators in their field. They produce and design one-of-a-kind events that set the bar high for their industry.

This is a deserving win because TOAST has greatly influenced the event industry with their creativity, vision and capacity for innovation. Todd Cooper has years of experience producing and directing large-scale events for some of the biggest brands in the world, including MTV, Rolling Stone, MAXIM, Pepsi, Coors Light, ESPN, Oprah, NASCAR, and Vanity Fair. He has the adept ability to style and manage an event of any capacity – whether the guest list has 200 names or 20,000. With a background in video and film production, Todd knows how to integrate live music into events and has worked with many artists such as Kanye West, Bon Jovi, Snoop Dogg, Flo Rida, Pitbull, among many others.

To read the full list of 1,000 Event Professionals, be sure to check out the latest edition of The BizBash Top 1000 people in the United States event industry at bizbash.com.

TOAST is an award-winning event and entertainment production company based out of New York, Los Angeles and San Diego. With over twenty years of experience under their belt, the event professionals at TOAST have designed and produced countless unforgettable live experiences for some of the most iconic brands in the world. 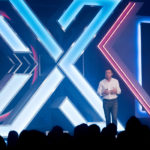