TOAST brought the heat to Miami for one of the most highly anticipated weekends of the year,
Super Bowl LIV.

The NFL’s annual championship game, referred to as an unofficial national holiday, is the biggest television event of the year, drawing in more than 100 million viewers. Since its evolution, the Super Bowl has expanded beyond a four-hour spectacle into a multi-day affair dedicated to celebrating the big game. During Super Bowl 2020 weekend, host city Miami came alive with countless parties amalgamating the world of sports, music, and entertainment. From athletes to A-listers, prominent figures across all industries were in attendance, and TOAST was responsible for the talent at multiple events.

On Saturday, February 1st, Sports Illustrated hosted “The Party ” at the Fountainbleau and our team surprised over 2,000 elite partygoers with a performance by America’s Best Dance Crew winners, the Jabbawockeez. Sunday, we partnered with the San Francisco 49ers, general manager John Lynch, head coach Kyle Shanahan, and the York Family to bring Grammy Nominee DaBaby and the Jabbawockeez to the team’s private after party with Lil Wayne and Saweetie at Xfinity East Plaza, in the American Airlines Arena.

In a recent article highlighting the event, TMZ reports, “The San Francisco 49ers didn’t go home with the Lombardi trophy … but they got a sick consolation prize — an all-out rager with Lil Wayne and DaBaby … and it was LIT!!!” Win or lose, TOAST kept everyone in “great spirits” with the exhilarating performances.

You can read the full TMZ article here.

We congratulate our friends at the 49ers for an amazing season. TOAST is proud to have partnered together and to have brought such incredible talent to Super Bowl LIV. 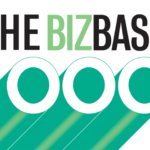 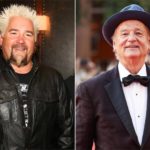